Daisuke Terauchi often composes by manner of traditional notation.
They have been performed in Hiroshima, Tokyo, Osaka, Daegu, Rotterdam and Yogyakarta.
Some works are included in his first CD “Thread, works by Daisuke Terauchi” (1999).
Some of his masterpiece are “Thread for 3 clarinets”(1999), “NAGARE for violin and piano” (2001/2005), “Ivy for flute and piano”(2002) etc. 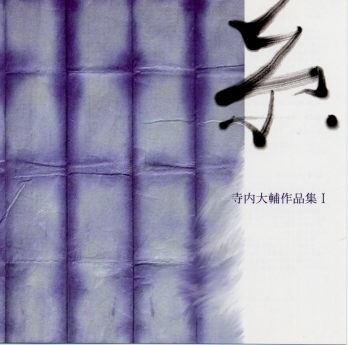 You can try to listen some of pieces.

The “NAGARE for Violin and Piano” was written in 2001 and revised in 2005.
This is description written by Daisuke Terauchi, about “NAGARE”.

Apart from the coda this entire composition is written in the same consistent manner throughout. Over the course of the composition the texture changes due to shifts in the range and density of the two instrumental lines. However, these changes are gradual and do not have a clear borderline.

If a texture changes suddenly, we can imagine that a listener’s perception changes at that instant too. However, in the case of this piece, it is not my intention to direct the listener’s attention to specific points of change.

Rather I am interested in allowing some ambiguity in terms of how subtle changes over time are perceived by each individual listener. I learned about listening perception by observing my own listening practices in my musical experiences and daily life. This piece is written based on my interest in how a listener's perceptions change over time.

This work was commissioned and performed by Hiroyo Kamidoi and Fumika Misaki in Hiroshima and Yamaguchi in 2001. This work was selected for performance in the Yogyakarta contemporary music festival 2005 in Indonesia.

This score is published by “Mother Earth”, the publisher in Japan. 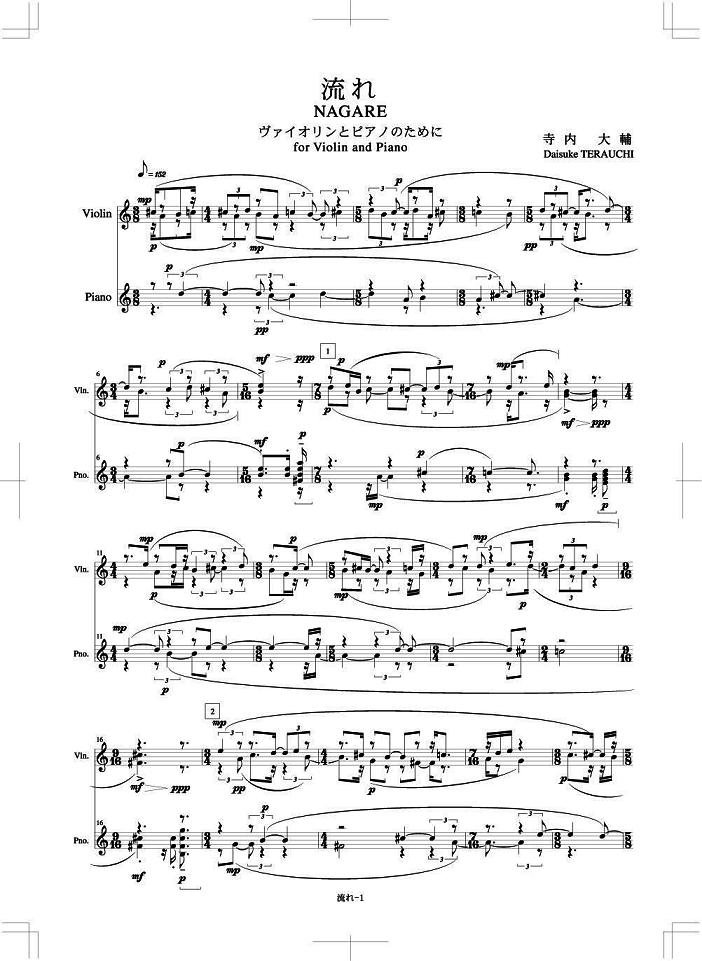 Page 1 from NAGARE for violin and Piano